Korean ginseng, also referred to as Panax ginseng, is a herbal plant that has a rich history of use in Far East Asia. The genus Panax has been derived from the term Panacea, the Greek goddess responsible for all forms of healing and wellness. On the other hand, Ginseng is a term that is a combination of two Chinese words gin and seng. Gin refers to that which relates to and resembles human beings. Seng refers to the bitter taste that comes from the pulpy roots. The golden yellow root has a bitter taste. The root is the most commonly used plant part.

Korean ginseng grows as a perennial shrub best in cold and temperate climates. The plant is widely grown in China, Korea, Japan and India. The plant which grows not more than 80cm in length has a growing period of about 6 months. However, the plant has to grow for a period of up to 6 years for highest quality Korean ginseng powder to be obtained. Korean ginseng grows best under shade hence its abundance in the shady forests located in Eastern Asia. White ginseng powder with the best quality is that which has been grown in the wild, in moist and well-drained soils. The roots thrive when grown in small stretches in comparison to continuous strips and big beds.

Preparation of Korean ginseng powder is such that the ratio of the main root to lateral roots used is 3:1. Upon harvesting, the white Korean ginseng is dried in the sun thus keeping all its bioactive components intact. This happens after dirt on the roots has been scrapped off and the roots have been washed thoroughly.

Korean ginseng has a rich history that spans over 5,000 years. The root has a huge resemblance to the human form, with the main root resembling the body and the finer lateral roots resembling the limbs. This created the belief that Korean ginseng had been sent by the omnipotent spirit of the mountains in East Asia to save mankind. The natives believed that the spirit had sent its son in the form of a root that resembles man. Roots that were obtained from the wild as opposed to the field were revered more. Also, the more they resembled the human shape and form, the more valuable and adorable they were treated.

In China, the plant was commonly used as food by the field labourers and peasants before they went about difficult tasks. They took the roots in their raw form after washing them. They believed that they gave them more energy and vigor as compared to when it was processed. The herb was also popularised by Emperor Shen Nung, who is considered the father of traditional Chinese herbal remedies. He ordered his servants to get him the herb from the wild every time mistresses visited his palace. Koreans also fed Korean ginseng to their horses, especially in the mating season. At some point, it was even used by the Chinese for barter trade. It was quite valuable and hence was only exchanged for gold.

How to use Korean Ginseng powder

We suggest taking ½ teaspoon per day by mixing it into hot water, tea or coffee. You can also add it to smoothies or mix it into other drinks.


Ginseng is known to be stimulating so best taken in the morning to avoid sleeplessness. 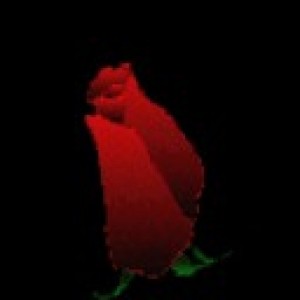 Received almost immediately it was ordered! Excellent service as always!

Their delivery is 1st class. As soon as you order, the item appears on your doorstep as they post immediately!

Received it almost as soon as I paid for it! Will try this again with a larger quantity!

I would definitely buy from you again.