The maca plant (Lepedium meyenii) is a fast growing plant that falls under the family Brassicaceae. This plant is endemic to the high altitude regions of the Andes Mountains in Peru. According to historical texts, maca was first collected in Meseta de Bombon plateau situated adjacent to Lake Junin, Peru, many centuries ago. Maca is known by different names which are mostly based on Spanish and Quechua dialects. Some of the terminologies used to refer to the plant include ayak chichira, maca-maca, ayak wiliku, and maino. The plant is mainly cultivated for its hypocotyl which is conjoined with its taproot. The hypocotyl is dried, ground into a fine powder, and processed further into maca capsules, tablets, liquor, etc. The maca plant is very similar to other popular tuberous plants especially radishes and parsnips. This is due to the close relation to the family containing radishes and other household vegetables, e.g. crucifers, turnips, kale, and broccoli.

A fully grown maca plant is about 21 cm in height. It has tiny green leaves that are clustered together and emerge at the soil surface. The leaves are also edible and are usually consumed by certain groups of people, especially in the native countries, Peru and Bolivia. Maca hypocotyls usually differ in terms of colour. Some may be black, some yellow, while others are red. They each have unique tastes once they are ground into powder. The black variant has a slightly sweeter taste while the yellow variant has a bitter, butterscotch-like taste. The yellow variant is more widely known. Maca flourishes at altitudes greater than 4000m. Strong winds and sunlight in combination with low temperatures favour the growth of this plant.

The earliest remnants of the maca plant were discovered by archeologists in the Panaulauca Caves in Junin. These caves were believed to be the homes of early civilisations dating back to 7700 BC. A scientist studying this plant noticed how maca roots obtained from different periods from 1600 BC to 1200 AD varied in terms of size. The ones that dated back to 1600 BC were the smallest and the ones from 1200 AD were the largest. He concluded that this was due to the domestication and increased cultivation of this plant. Ancient Spanish texts which can be traced back to the 16th century have several records of this plant’s usage and distribution.1n 1550, Pedro Cieza de Leon noted in his widely known publication La Cronica del Peru, how maca cultivation was a prevalent practice around Lake Junin in Peru. He recorded how the locals adored this plant and consumed it to keep their bodies energised. Around 1562, Inigo Ortiz de Zuniga noted in his diaries while traveling around Chinchaycocha province, the present-day Junin, how Maca was used as an important commodity during trading. It is also claimed that Spanish explorers who landed in Peru demanded approximately 17 tonnes of Maca annually as a tax to the ruler Juan Tello de Sotomayor. In the mid-17th century, Father Cobo observed how this plant thrived in unfavourable climatic conditions experienced at the high altitudes of the Andes Mountains. He noticed that the locals took it to condition and sustain their bodies. In 1777, a scientist named Ruiz recorded how several villages in Junin Province grew Maca and consumed it to improve their well-being. To date, the practice still holds for most natives.

Only been on it 3 weeks so nothing to report yet 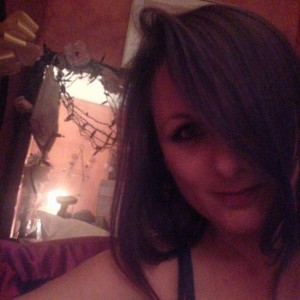