Mucuna pruriens is an invasive tropical plant that originated in tropical regions in Africa and Asia. It belongs to the genus Mucuna and the family Fabaceae. The genus Mucuna contains over 120 species of tropical climbing plants which range in size with some being small and others very massive. The term Mucuna is borrowed from the Tupi-Guarani (an indigenous tribe in Brazil) name for tropical climbers, ‘mucuna’. On the other hand, “pruriens” is a word with a Latin Origin. It describes the itching sensation one gets when they are stung by hairs of the mucuna plant. Some of its common English names are velvet bean, cowage, monkey tamarind, Lyon bean, Yokohama velvet bean, Florida velvet bean, itchy bean, cowitch, and Lacuna bean. Other vernacular names used when referring to this plant are Kara benguk in Indonesian, Moc meo in Vietnamese, Pwa grate in Haitian, Frijol abono in Spanish, Fluweelboon in Dutch, and Juckbohne in German.

The mucuna plant is moderately woody and grows to a height of approximately 7m. Young mucuna pruriens plants are almost entirely covered in furry hairs that itch when touched. However, these hairs completely clear off when they mature. The leaves are widely elliptical and tri-pinnately placed on the leaf stock. The flowers are white and have a pale blue corolla. The fruit grows into a 13 cm long pod with a shallow ridge running along its center. The pods bear shiny black seeds that are elliptical. Mucuna pruriens seeds are dried and ground into a fine powder. The powder is often placed into empty capsules to form mucuna pruriens capsules. The plant can grow in different environments. However, it thrives in tropical regions where the temperatures are relatively high and the rainfall is sufficient throughout the year. To obtain the best yields, mucuna is cultivated in very well-drained soils with a good amount of humus and moisture. Wild variants of this plant can still do well in volcanic soils and sandy soils. Mucuna also requires constant exposure to sufficient amounts of sunlight. Although mucuna pruriens can tolerate very poor conditions like drought, it will die off in waterlogged soils.

The use of mucuna pruriens dates back to 1500 BC where it was being used by ancient Indian civilisations as a traditional form of healing. It was a very important herb in Ayurveda and was recommended as a remedy especially for the elderly and terminally ill, whose brain had started degenerating. Mucuna was also widely cultivated as a cover crop used to improve the fertility of the soil in a couple of states in the USA. This method of soil improvement was mostly employed by small-scale farmers which explains why its use sharply reduced after the Second World War as more people opted for large-scale farming. Several countries in Asia and Africa also cultivated Mucuna as a food crop. Ancient tribes in Nigeria, Ghana, Zambia, and Mozambique believed that Mucuna beans could provide them with the nourishment they needed, especially when there was a shortage of food. In some Latin countries like Guatemala, Mucuna was used as a substitute for coffee. This is because they believed that it could stimulate their mind and keep them alert. During the late 19th century Mucuna gained popularity after it started to be used as animal feed. The pods of the mucuna pruriens were fed to pigs, cattle, and even poultry to keep them healthy.

I bought a couple of items from health essentials and had no problem with order or delivery. The items I bought I feel have made a positive impact and I feel much more energised since taking them. All good. Will be using them again.

Its confusing on description i have no issues with produ t it works very well for me unlike oyher companies which is ony 15% and hence doesnt work. I discovered smaller packets for £12 which makes it more affordable. If i dont take them for long time i get classic parkinsons leaning forward and joint pain etc. It even helps with acide reflux, just wish i could get the stuff that stops body breaking it down so it crosses blodd brain barrier. 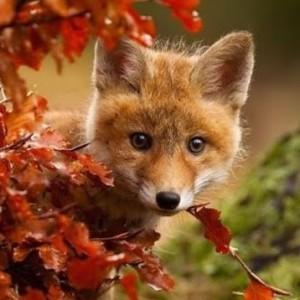 I have not used this product long enough to give a true opinion!

First time using this company. Will certainly be using them again. Excellent service, fast delivery. Delivered on time. Thank you.